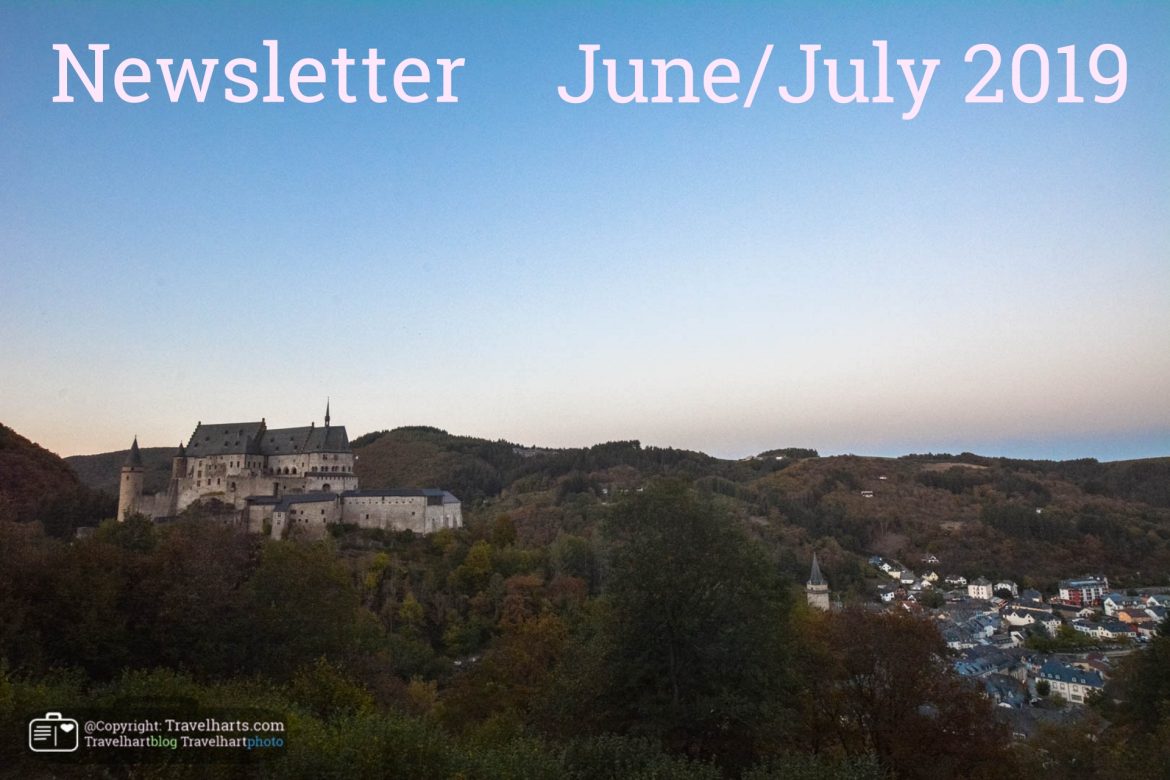 Dear friends, family and other Travelharts-fans,

Welkom to this latest newsletter of Travelharts. In it you will find the most read and viewed photo albums over the last few months as well as the stories and albums that are connected to the theme ‘castles’. We have now passed our 50th story and our 100th photo album is coming up soon. It’s almost summer holiday for the schools and even during this time we will continue to bring you new stories and new albums. Enjoy them and – as always – feel free to share them, like them and comment on them. Have a fantastic summer! 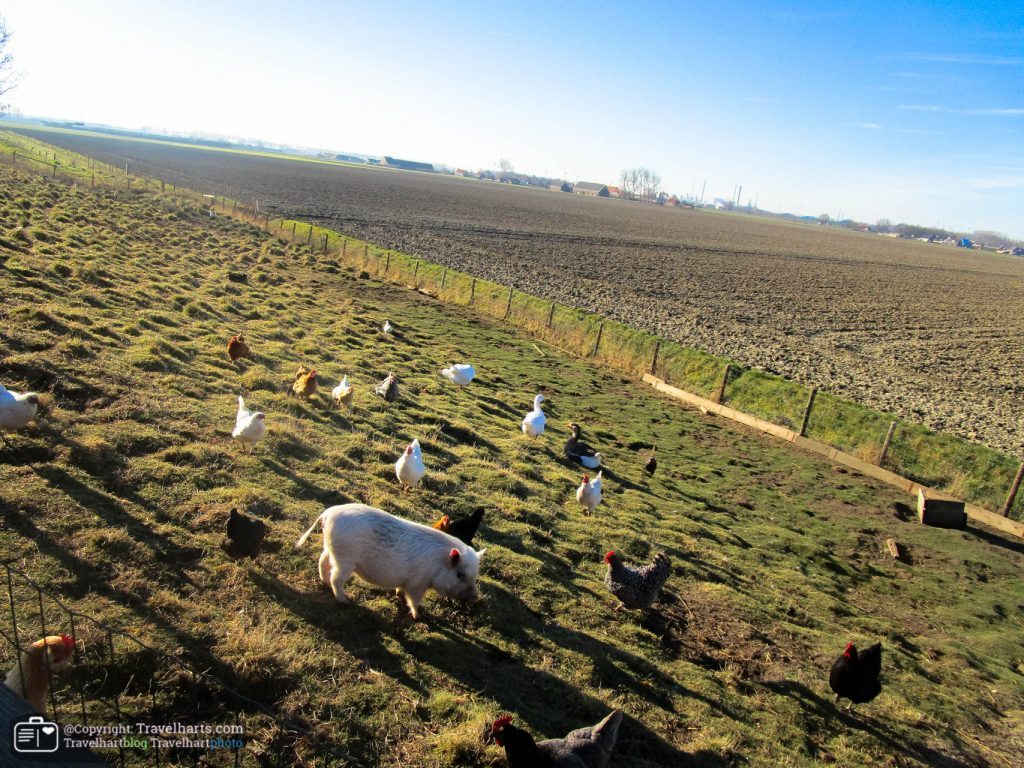 By far the most read story on our blog during the last months was Bie Oans Oefje. And for a good reason. During our short stay at this fantastic B&B we experienced such a hospitality and had such a great time there that by the time we left we felt like we left some friends behind. If you are one of the few people who hasn’t read it, click here.

The story about my family history was also one of the most read stories. In it you can read about my dad’s uncle, aunt and cousin who moved to Australia after WWII. I visited them in 1999 and 2000 and saw for myself what the city of Orange was like, how they lived their lives and in what way they still remained a little bit Dutch. If you like to read to the story too, click here.

Five things to do in London – United Kingdom

The third best read story is one that was immediated put to use by one of my friends. Of course there are many things to do and see when you go to London, so this is only an example of the many things you can do there. Want to know what I recommend? You can read it here.

During our visits to Paris we once stayed at someone’s house very close to the Île de la Cité. It was wonderful to go for a stroll in the evening, looking at the Seine and the Notre Dame. The Notre Dame was one of our favorite buildings in Paris. Recently this beautiful Cathedral burned down. They will rebuild it, but this will take ages. This building was not only our favorite building. A lot of people visited this photo album and made it the no. 1 most viewed album over the last few months. If you missed it and like to see it for yourself, click here.

In the Netherlands we commemorate the victims of WWII as well as people who lost their lives in other, more recent, wars. The acrocities that happened during WWII are horrible and must not be forgotten. In the Netherlands we still have a few former concentration camps to remind us of these events. On 4 May – Dutch Rememberance Day – we posted three photo albums of camps that are still there. Apparently Kamp Westerbork made a huge impression, since it was the second most visited photo album. To see it, click here.

The Oostvaardersplassen is a nature reserve that is practically on our doorstep. It has been in the news a lot over the last years due to the fact that there were too many grazers. Every winter there was an argument whether they should receive extra food to make it through the winter or whether the weakest ones should die. It even went to Court. In the end the amount of grazers was reducted drastically. It now mainly is a bird reserve. If you see some beautiful photos of this best viewed album, click here. 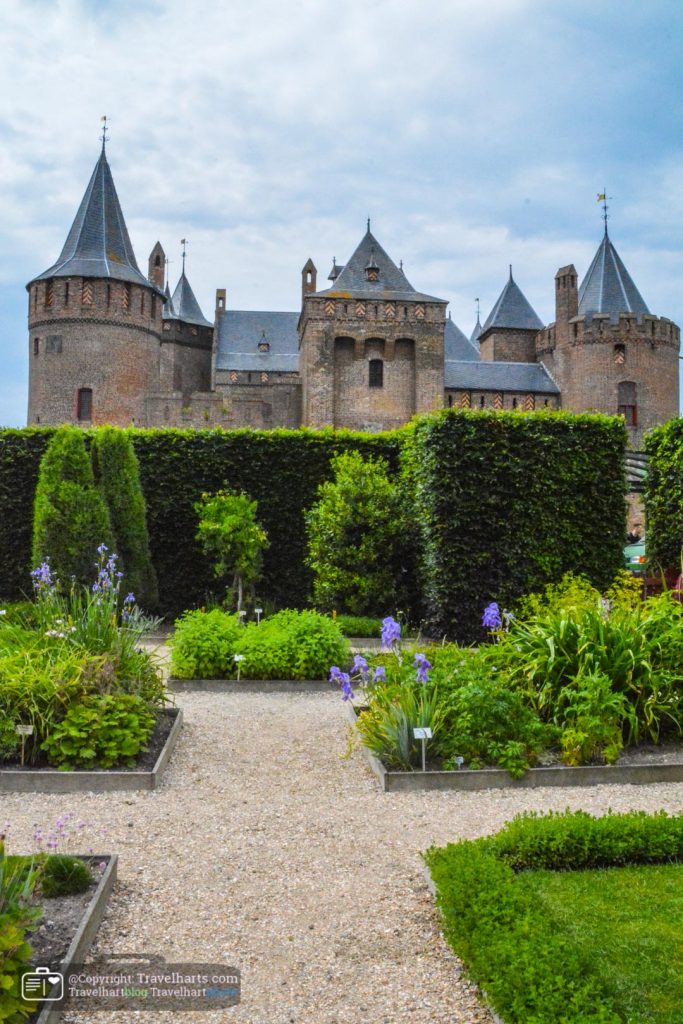 As you might have noticed: you can now also read our Newsletter on our landing page. That way, more people can enjoy all the good stuff and our Newsletter will be easier to find. We also introduced some new weekly articles. In ‘a closer look at’ you get to read more about a certain item that is mentioned in a longer story or in one of our photo albums. ‘This week’s photo’ tells you the background story of one of our photos. Last, but not least: we’ve decided to post more often. We hope that you’re going to enjoy all these changes! 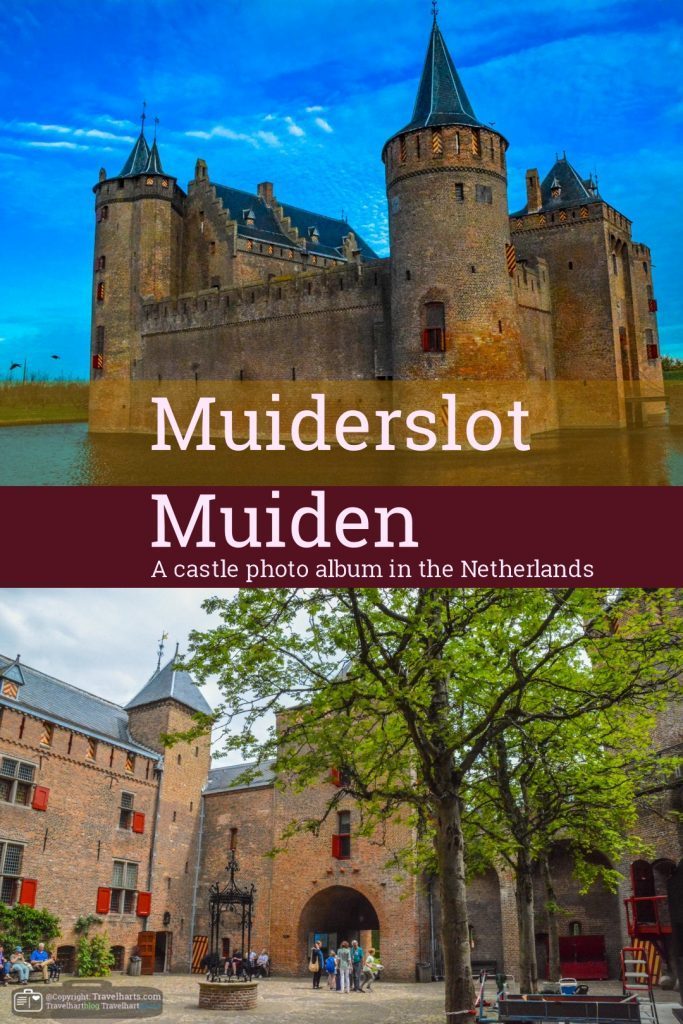 Around 1380 Albert I built a new castle at exactly the same location. It was in this castle that in the 16th century several famous poets, painters and other artists gathered. The name of this group is the ‘Muiderkring’. P.C.Hooft, owner of the castle, initiated this group, by inviting his friends and fellow artists over during the 39 summers he spent in the Muiderslot. Vondel, Sweelinck, Bredero are amongst these artists. 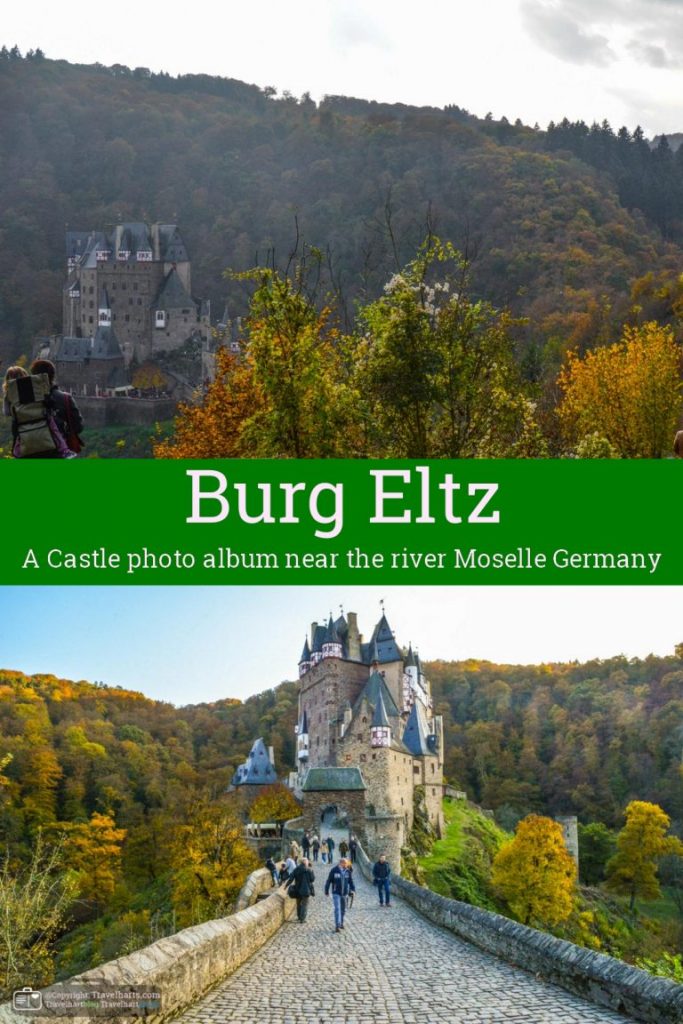 When I was 9 years old my dad took me and my brother for the first time abroad to a campsite near the river Moselle. Until then, my only holiday memories were those of a mobile home that my parents owned in the neighbouring village. As a toddler I had been there quite frequently. My parents got divorced when I was about 5. They then sold the mobile home and we did not go on holidays anymore. You can understand that this first time abroad with my dad was a memorable experience. One of the first castles I ever saw was Burg Eltz. It is situated a few kilometres away from the Moselle. The French King Louis XIV tried to incorporate this region into France during the nine-year-war. During this war most castles have been distroyed, bombarded by cast iron cannons. However, Burg Eltz did not undergo this faith and is now know as the pearl of the region. This castle has made a lasting impression on me. Still, whenever someone mentions ‘castles’ or ‘the Moselle’ the first thing that I think about is Burg Eltz.

Most likely the church of Trier constructed Burg Ehrenburg. On 1 November 1688 the French took the castle and a year later they partly blew it up.

Today one can visit the castle. In summer time there are a lot of medieval games. We went during a less crowed season so we could visit it in peace. You are allowed to enter most of the castle and climb the double tower. 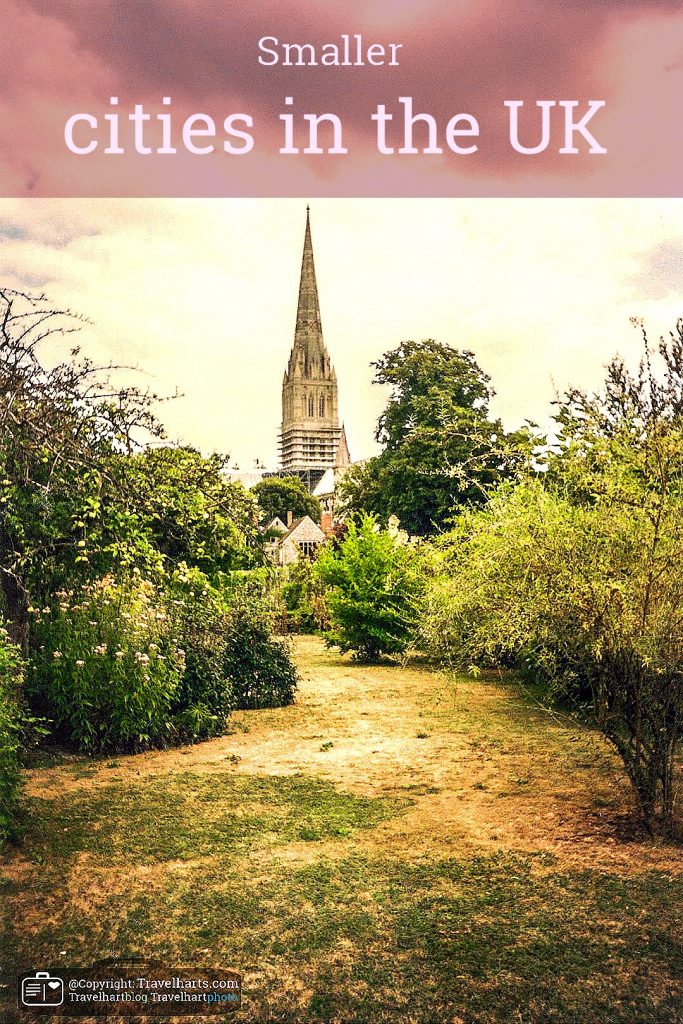 Of course I visited the castle and had a look at the statue of the famous Robin Hood. People still speculate whether he actually existed. In the city center I specifically enjoyed the bookshop. No surprise to the people who know me well. What I didn’t know about Nottingham was that it is notably for its literary heritage. In 2015 it was declared City of Literature by UNESCO. Lord Byron, D.H. Lawrence and many others lived here during certain periods of their lives.

As I am about to publish this article they are investing an amount of 29.4 million GBP to the redevelop Nottingham Castle.  Therefore they closed the grounds until 2020. 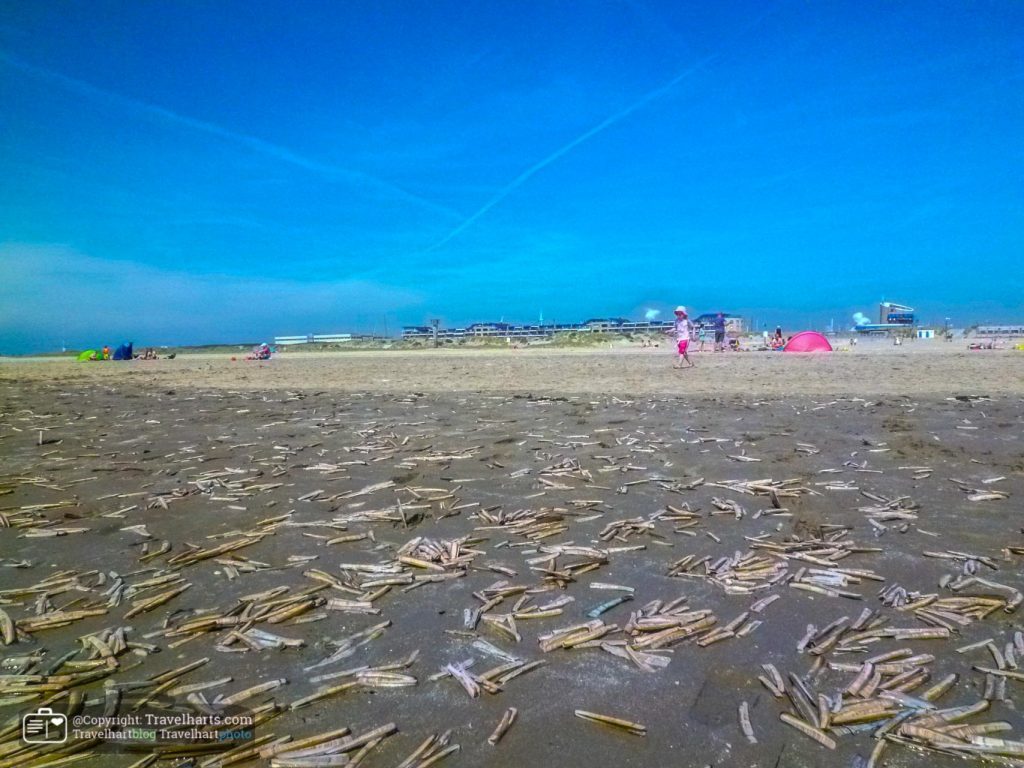 Thanks again for visiting our sites, reading our stories, viewing our photos and overall supporting Travelharts. We can’t make Travelharts big without you. Writing stories and taking photos brings us such joy and we love to share them with as many people as possible. Hopefully you have a great time reading and viewing them.

You can support us by buying something in our webshop. We have 12 postcards you can order. 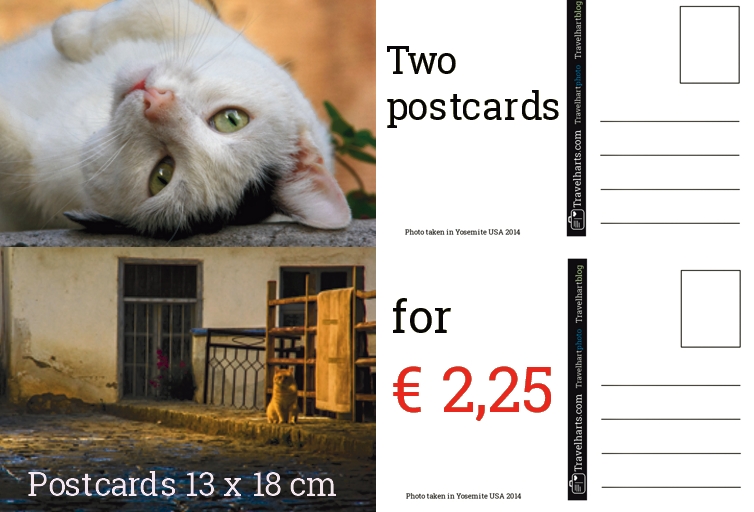 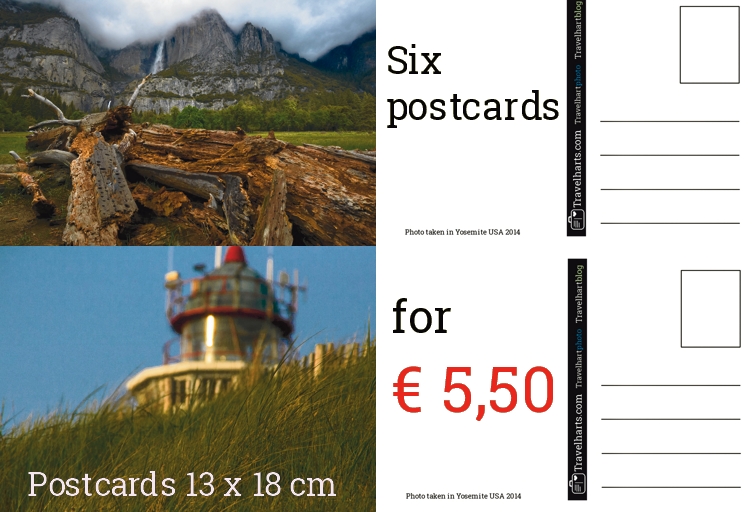 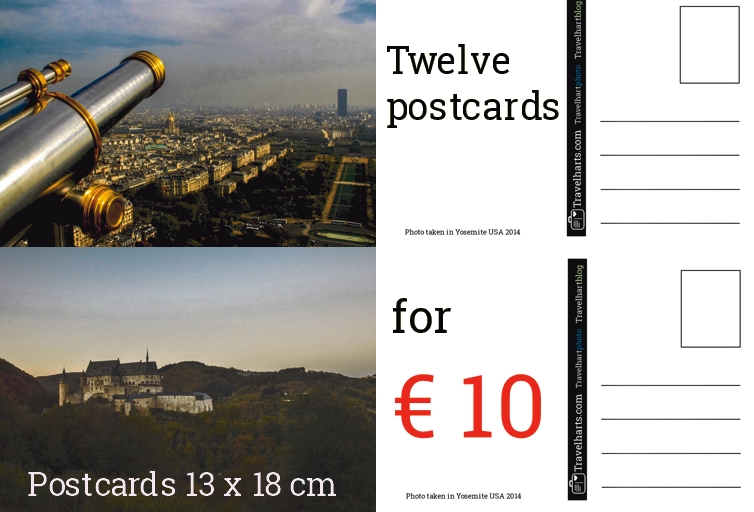